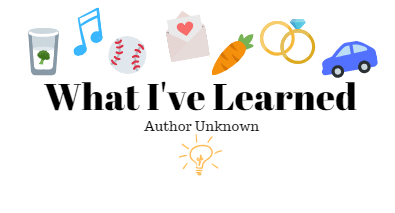 Life is full of lessons. They shape us and help us grow. Some lessons are learned early, some later. Some lessons are learned at home, others abroad. As we age we often find ourselves reminiscing, but also remembering how much we still have to learn. Here is a lifetime of lessons that we want to share.  For those unable to see the image, alternative text will be included below.

Are you or a loved one interested in assisted living? Visit http://belairecare.com/ to learn more about us and our services.

A short list of terminology to help during the search for assisted living.