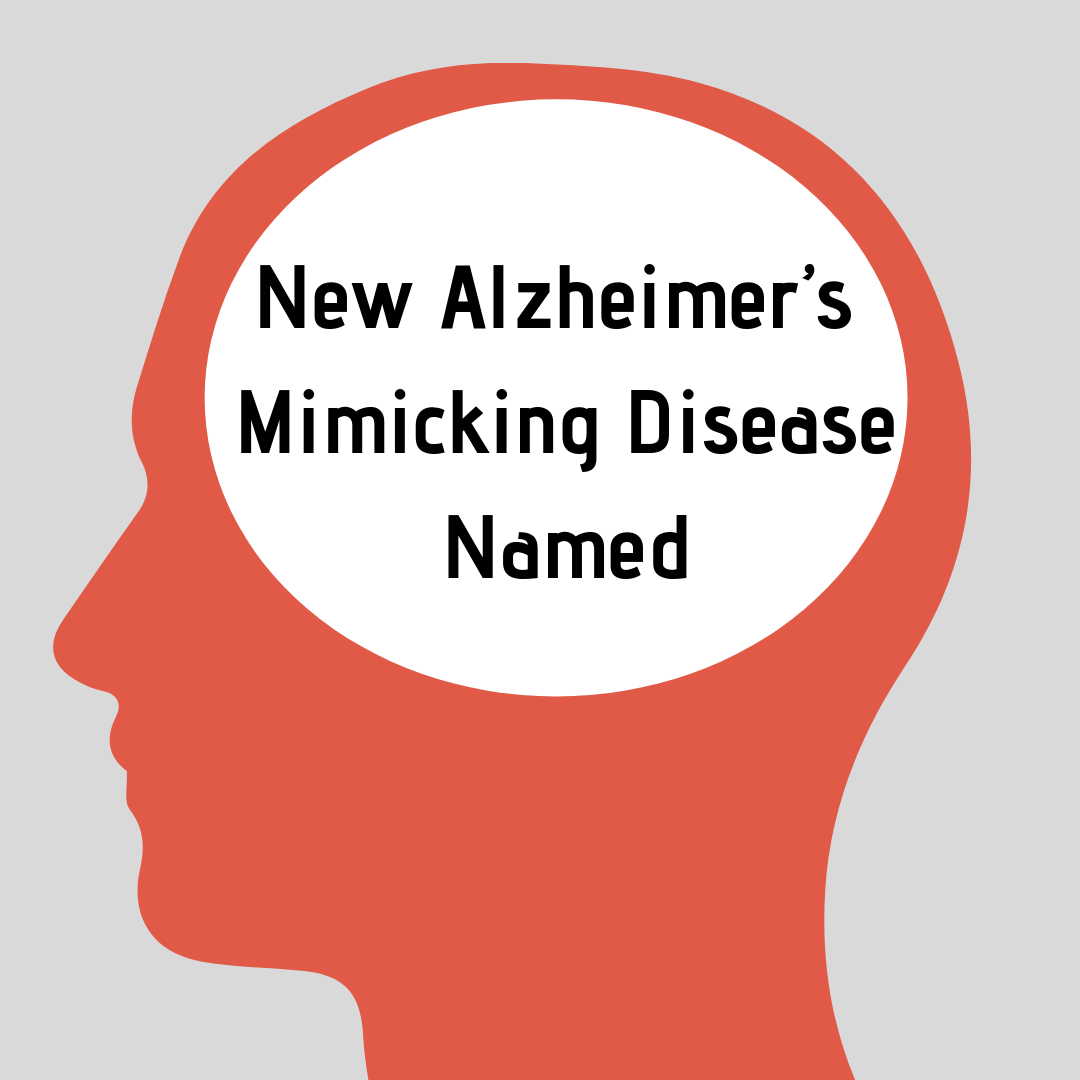 On April 30th the neurological journal Brain published a report that defines a new brain disorder. This new brain disorder is known as limbic-predominant age-related TDP-43 encephalopathy, or LATE. This is the first time that researchers have agreed on a name and the distinguishable characteristics of the disease. This consensus came after a  National Institute on Aging (NIA)-sponsored workshop of researchers from more than 20 institutions in six countries.

LATE and Alzheimer’s disease have very similar symptoms, and it is believed that many cases of LATE have been mistaken for Alzheimer’s. With this distinction between the two disorders, study authors say research for both conditions can advance.

“The ultimate goal … is to either prevent or at least be able to treat the causes and the symptoms” of either brain disease, be it Alzheimer’s or LATE, said Nina Silverberg, director of the Alzheimer’s Disease Centers Program at the NIA and co-chair of the LATE workshop. “In order to do that, we have to understand what’s causing the symptoms,” Silverberg told Live Science. “Sorting through who has what [condition] hopefully should help us” with this goal.

There is a more “urgent need” for research on LATE, the report said. “ There is more to learn about the condition, including ways to improve diagnosis and identify risk factors, as well as prevent and treat the disease” said livescience.com

Dementia is not one specific disease. It is a term for general loss of cognitive function. This loss can include decline in memory and thinking ability, especially when it interferes with a person’s daily activities. Alzheimer’s is one of the most common types of dementia.

Recently, researchers have discovered that not everyone showing symptoms of Alzheimer’s has these protein accumulations and tangles in their brains, meaning they actually have a different condition. Cases of LATE show an accumulation of a protein called TDP-43 that is misfolded in the brain, the report says.

What We Already Know About LATE

Those affected by LATE are often the oldest in a population. According to the report more than 20% of people over age 85 show signs of the condition. “More research is needed to better understand how many people have the condition,“ Silverberg said. It is estimated that the impact of LATE is at least as large as Alzheimer’s, the authors wrote.

LATE, like Alzheimer’s, can affect multiple areas of cognitive function including memory. Both diseases ultimately impair everyday activity. The report indicates that LATE seems to progress more gradually than Alzheimer’s. However, the two conditions may sometimes accompany each other to cause a more rapid decline than either disease does alone.

At present, LATE has only been diagnosed after death by autopsy. The authors are hopeful that their report will trigger more research into the biomarkers of the disease, leading to diagnosis before death.

Do you have questions about Alzheimer’s caregiving? Come to our caregiver support group!

It is held on the second Tuesday of each month at 4 PM.

Giving Up the Car Keys: Tips for a tough conversation

Dementia From a Different Perspective

Caregiving as a Team: Where Assisted Living Comes In

Caring for a loved one can become physically and emotionally exhausting which can lead to caregiver burnout. Read to see how Assisted Living can help!

Our Value Proposition at Bel Aire